Here is a satellite view that shows island San Diego.

San Diego is located in one of the southernmost states – California. Unlike its older Los Angeles fellow, the city offers more peace of mind, which is why it is preferred by people looking for a way to escape from LA’s bedlam.

With “only” 2.5 million inhabitants, San Diego is one of the medium-small cities in the USA. But that’s why people prefer it, and because there are still neighborhoods in this city that are “calm” and perfect for people who have experienced burnout.

The city is a typical modern American city with wide streets, bicycle paths on their sides and trees on both sides. In some neighborhoods, the houses are really big (at least for European standards) with perfectly sewn meadows and maintained backyard pools. Of course, US laws are rigorous enough to motivate local people to keep clean and tidy spaces around their houses.

The location of the city is one of the best, because the great Pacific Ocean with its turquoise blue waters is to the west and the mountains are to the east. This position of the city gives it a unique look and a very soft and bearable climate (we are not saying that it is not hot during the summer months).
At a short distance from the Mexican Tijuana, the border is guarded very seriously because of the attempts by Mexicans with a lower standard of living than their US neighbors to cross the border.

And as we began talking about the climate … it is distinguished by a long and dry summer and warm winter with temperature amplitudes between 17-19 degrees for the period from December to February. Of course, the “winter”, if the season between December and March can be called like this, has cooler evenings (between 9 and 12 degrees).

Talking about the location of San Diego, it should be mentioned that it is in a seismic zone due to the fact that the Pacific Plate thrusts under the continental plate, which is why the mountains to the east formed. This seismic zone, however, does not seem to interfere with the local people who are accustomed to the earthquakes. And of course the buildings are quite massive to withstand even the worst earthquakes.

It is also worth mentioning San Diego’s culture and lifestyle. Let’s say that the Spanish language is almost as spoken as English. The city is full of different ethnic groups, but it also has its own positive sides. You will find an amazing variety of restaurants and bars with international dishes and drinks. 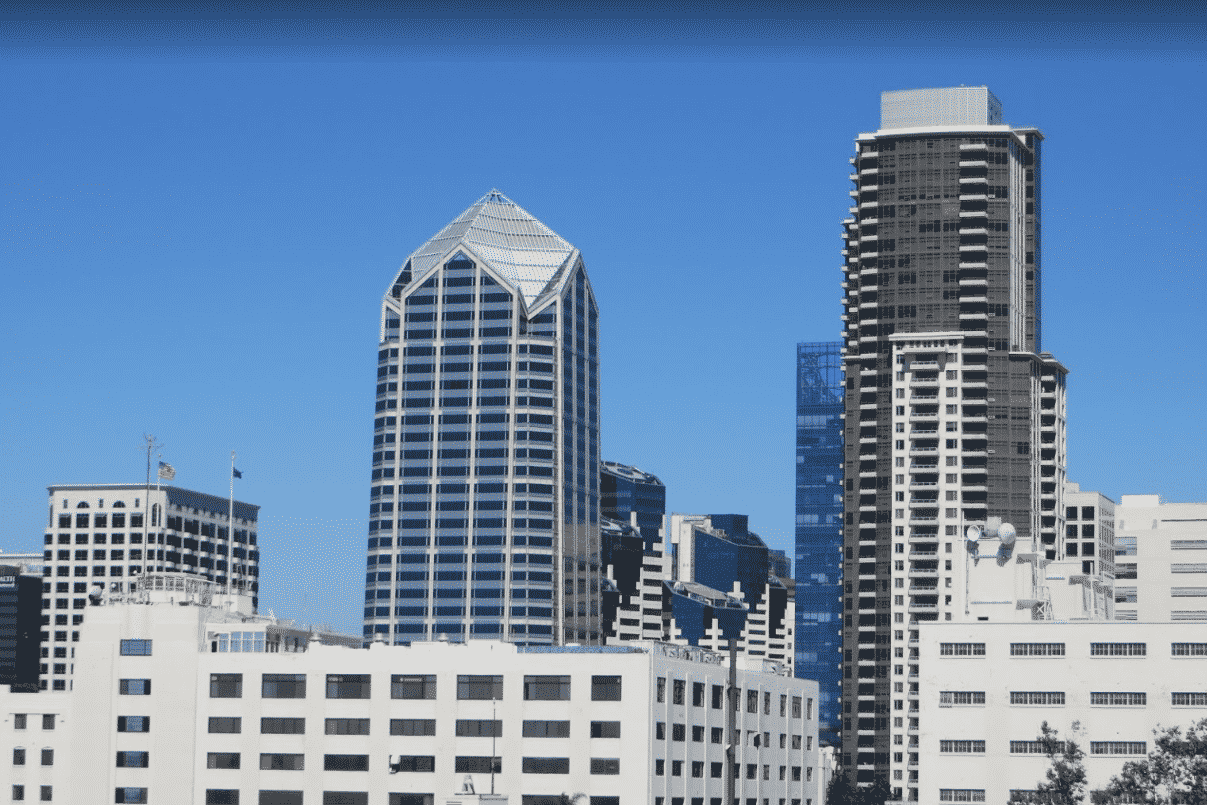 If you are visiting San Diego, there are several places that you should visit:

What about the landmarks?

The beaches of San Diego

Mission beach is the most famous and large beach, but of course we should mention also La Jolla, Imperial beach, Pacific beach and many, many others that are visited by thousands of tourists throughout the year. At the beaches you can find fun for every taste – from surfing to beach volleyball and beach bars. Whatever you can think of and want to have on a beach – there is a lot of it there!

We cannot talk about San Diego without mentioning the Sea World. This man’s engineering miracle shelters hundreds of marine species – from killer wales, through swordfish and sharks, to possibly some of the rarest species on the west coast.

You need to be very patient because it is full of tourists.

Coronado is the main tourist area of the city and is a peninsula that is located south to north along the coast and forms a lagoon that serves as a natural harbor for the yachts and boats of local people. There is a 4 km bridge to the island and there are golf courses, hotels, tourist areas and many, many attractions. We should mention the unique view that is revealed to the city.

If you are a fan of nature and want to see endangered (and not only) animal and plant species, you must visit the protected areas around the city, the main one being the San Diego National Reserve occupying the southernmost parts of the lagoon. At the mouth of the Tijuana River, there is another reserve – Tijuana Swamp. And if you are fans of mountains and mountain views, you will most likely enjoy the San Diego National Reserve, which is one of the largest in the southern states.

We can speak and write about this city for days, but we hope that even with this short text we have awakened your curiosity and we hope you will visit San Diego as soon as possible. We promise you will like it! 🙂

Business hours: Banks, retail outlets and government offices are open from 8 am to 4 pm or from 9 am to 5 pm. Many of the malls remain open until 10 pm or later.

What do you need to know?

You can take a look of all post San Diego’s offices here: http://www.postallocations.com/ca/county/san-diego

120V 60 Hz and you may need an adapter for your electronic devices.

You can find information about San Diego pharmacies here: https://www.rxlist.com/pharmacy/san-diego-ca_pharmacies.htm

Things to do in San Diego